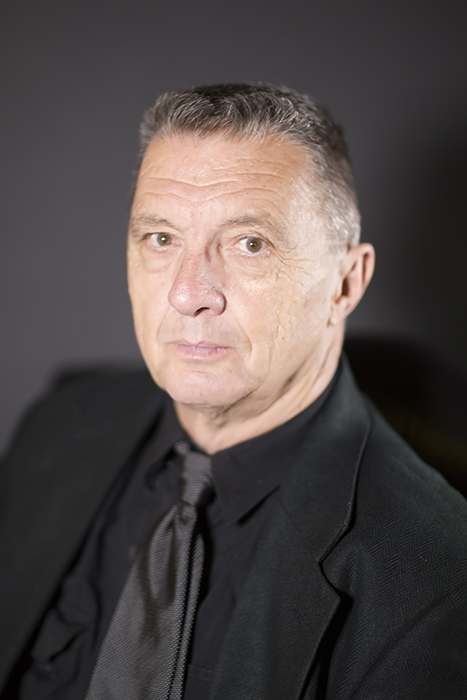 The patriarch of our firm has lived a life only Hemingway could dare write.  Virgil was born in Lifsey Springs, Pike County to the proud parents Margaret >and Early Brown.  Virgil’s brother, Barry, would later join the family.  Story has it that Virgil’s intellect and brawn got him in trouble in the classroom and the playground, but it only foreshadowed his tenaciousness to discover truth and fact with either his mind or muscle if the need arise.

Upon graduating from R.E.Lee Institute in Thomaston, he began working at Peerless Mill.  He began his college career in 1962 at West Georgia College, but put his education on hold.  He returned home and sought employment at M.F. Elliot Lumber Company, Sherry Lynn textile Mill, and even pit crewed at the Atlanta Motor Speedway.  He got the nod in 1963 to drive in the 1964 Daytona Modified, but issues with his car denied him his chance to race.  Regardless, Virgil pulled up his sleeves and pit crewed the event for the same man that attempted to give him the chance to drive.  He came back home after the event and began to work a short time for the William Carter Company.  His mother, Margaret, worked there at the same time.

In August of 1964, Virgil joined the Navy and serve our country faithfully until May of 1967.  He began his duties as a seaman and was stationed in New London Naval Base, Connecticut. While there he shot on the rifle and pistol team and worked for special services.  He also spent  time on the U.S.S. Grouper AGSS 214 submarine during his service.

Upon his discharge from the Navy he fulfilled his promise to his senior officer to continue his education. He attended Gordon Military College and graduated in 1969.  In addition to continuing his education he worked at Aldora Mills until he ran for Sheriff of Pike County in 1974.  According to Virgil he got his “butt” beat.  Regardless, his desire to serve his community persisted and he ran for and won a six year term on the Pike County Commission in 1978.  Additionally, he took on employment, as a Concord police officer, eventually becoming chief of the Department.  He quit policing only upon finishing Tift College and completing his Juris Doctorate degree at Woodrow Wilson College of Law in 1984.

In June of 1984, Virgil hung his shingle out and founded the hardest working law firm around.

When asked about his most memorable case he always refers to what we affectionately call the “timber case”.  The longest lasting case in our history taking approximately eight weeks to try on one case the second one lasting the same time, having big players in Georgia politics and law such as Michael Bowers, Denmark Groover, Roy Barnes (prior to becoming  Governor), Bobby Lee Cook, George T. Smith and of course, Virgil Brown.  The story goes that Virgil and Nancy Bradford were instrumental in formulating a defense that invalidated indictments and suppressed evidence that weakened the case for the State.  It was a hotly contested case involving 18 defendants, 10 corporations, and approximately 1.2 million dollars in timber and money.  His defense was initially not well received by the other attorneys involved, but without being persuaded that their strategy wouldn’t work; Virgil filed the proper paperwork on behalf of his client.  In time he won support for their trial tactic and a few others joined his argument, and that tactic was a crucial victory for his client and quickly the other defendants filed similar motions.  Another of our favorite stories about the trial that was memorialized in writing was a exchange between Roy Barnes and Patrick Dearing. In one of the many fevered arguments during the case Dearing unfortunately  touched his finger on the Governor.  The Governor warned Dearing to refrain from pointing at him which incited a brief “tussle” including the Governor slapping Mr. Dearing.  The memoir of an attendee of the tussle reported “the very person whom I believed would have started the fight (Virgil) ended up breaking it up”…

The take away from the story is to do the unexpected, but always do whats right!  Whether it be slapping your opponent (not ethically recommended), breaking up a fight, or filing a motion – always do what is right.